Home
/
Blog
/
Think You're "Too Young"? Here Are 6 Stories That Show You're Never Too Young To Be Prepared.

Think You're "Too Young"? Here Are 6 Stories That Show You're Never Too Young To Be Prepared. 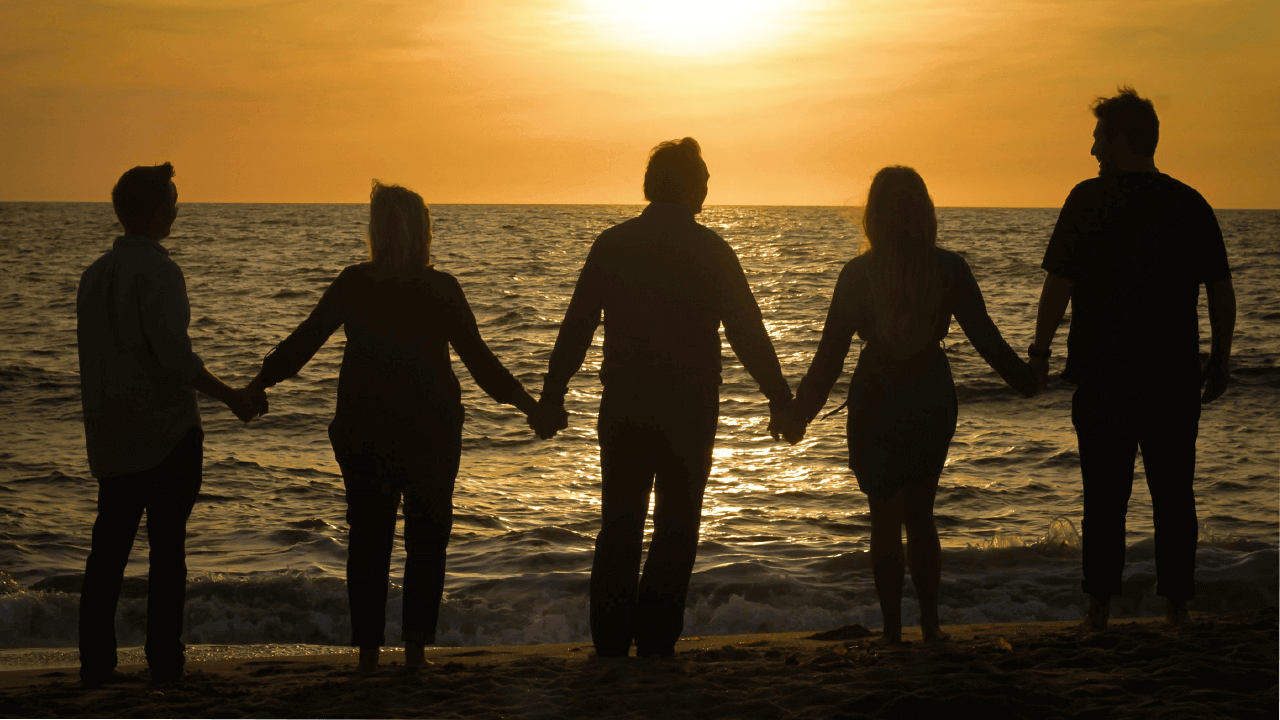 We hear this phrase thrown around ALL the time, maybe we’ve even said it ourselves. Whether it's being diagnosed with breast cancer, filing for bankruptcy, or needing a will, it's often so easy to feel like you’re too young. Fortunately, you're not alone!

We can't predict the future, but no matter your age, we know that life can be full of unexpected twists and turns. Willful has partnered with Rethink Breast Cancer to share personal stories from Canadians that show us there really is no such thing as being 'too young'.

“But you’re too young for breast cancer.”

This phrase has been said to me so many times. After I found the lump at 27, months after finishing law school and a year into a new marriage, I was told this during my ultrasound. I wasn’t given the ordered biopsy because with no family history of breast cancer, 27 is considered too young to get breast cancer (*eye roll*). At my second ultrasound, months later when my tumour had tripled in size, I was told this again but a reluctant radiologist biopsied the lump anyway, thanks to my insistence.

On August 26, 2015 I received the dreaded call with news I wasn’t expecting because so many medical professionals told me I was too young for breast cancer. If I hadn’t advocated for myself, the tumour would have continued to grow at a super fast rate and most likely resulting in a much worse diagnosis. I feel lucky that I finally listened to my gut and didn’t leave that room until I had a biopsy.

Even now, I still have many appointments at the hospital and I’m the only young person in the waiting room. When I see someone under 50, I always get excited and try to work up the nerve to go over and say hi. Being young when diagnosed with breast cancer is hard and very isolating. I had to put my life and career on hold to get through cancer treatments while all my friends and colleagues were starting their exciting lives. And still today I feel like I’m falling behind my peers. I still have to put starting a family on hold while I am on hormone therapy to help decrease my chance of recurrence. I miss the days when my biggest concern was studying for finals (although that was also super stressful) instead of whether or not a new pain is a recurrence in my early 30’s.

When you’re young, you feel invincible. But you’re not. It only feels that way. You’re never too young for anything, whether it be good or bad. In my case, I wasn’t too young for bankruptcy.

Here’s how it happened. In my late teens I became really interested in investing at a young age. I had no formal education but read a lot about it and began experimenting investing my own meagre savings. After experiencing initial success, I began borrowing money so I could invest more and make more. Little did I know at the time that we were in the middle of a stock market bubble. It was the late 1990’s and any business using technology or the internet were skyrocketing. It felt like I could do no wrong and that things would keep going up. And they did, until they didn’t. In late 1999, the stock market bubble burst and I eventually lost everything. With nearly $300,000 in debt at 25 years old I filed for bankruptcy.

And while you’re never too young, it’s also never too late. In my case I went back to school to study finance and investing and now am a financial advisor and help others manage their money.

Earlier this year, I was diagnosed with stage 3 breast cancer at the age of 28. I always thought breast cancer was an older woman's disease, and was very shocked to learn that the type of breast cancer I have, triple negative, is much more common in younger women. I think the 'too young' part really comes into play in how I was diagnosed - I was dismissed by doctors for being 'too young' to be at risk for breast cancer. I was told I didn't need to worry about the lump I had found, and I was told I was too young for a diagnostic mammogram or biopsy. This meant months of self-advocacy (and my tumour growing) before I was able to get diagnosed. It was incredibly frustrating to be dismissed because of my age, and it also personally felt unfair and disheartening to be diagnosed with cancer at such a young age.

I've since found out I carry the BRCA1 genetic mutation - which helps explain my diagnosis and the age at which I was diagnosed! I've also since connected with many women who have been diagnosed much younger than myself.

No one ever thinks that they'll get a serious illness when they're young. Yet in my late-twenties I developed a septic arthritic infection in my right ankle. I almost lost my foot in the process and also developed five blood clots. I spent 7 nights in the hospital and was off work for 8 months. At the time, it meant I was taking a lot of medication, I was even taking the same medication as my 92 year old grandmother! To this day I still have issues and will most likely require a surgery in the future, this infection was something that was completely random and out of my control. This just goes to show that there are so many things that you can truly never be too young for.

I didn’t grow up wanting to be an entrepreneur - rather, my parents both worked for big companies (my dad as a journalist, my mom as a marketing executive) and I dreamed of corner offices, not startup life. But shortly after graduating from university I got a job at a startup, and I fell in love with entrepreneurship and vowed to start my own company one day once I had more experience (and a great idea).

In my mid-20s I had the “aha” moment - I was with two friends in Prince Edward County, where my parents live, and we were visiting wineries and saw there was no one doing cycling tours, despite the wineries being very close together. Teenage me would have said “I wish someone would start that business!” but because of my exposure to entrepreneurship, I suggested we do it. We had never started a business before, and we thought we were too young and inexperienced to do so - but we took the plunge anyway.

Despite being early in our careers, we launched the business in 2017 after several years of planning and working on it outside our full-time jobs. I’m happy to say thousands of people have now taken our tours, and it continues to be the company that made me an entrepreneur! And I learned that you’re never too young to pursue your startup dreams - most of starting a business is figuring things out as you go, and learning on the fly anyway.

Planned your will or power of attorney lately? Not me! When I think about it, the first thing comes to mind is the countless (and highly dramatic!) Hollywood movie scenes and stories of an older family member passing away and the bickering between family and friends that ensues as the executor of the will attempts to divide the estate and assets.

That's not me. I don't have a lavish lifestyle with appealing assets. Plus, I'm too young to think about these things.

As a young, single woman, planning a will never crossed my mind. It was something my parents did, but they were old. I didn't need one, I thought, because I was too young and just starting out in life.

Then after our first child was born,  it had briefly crossed my mind. But again, I kept telling myself and my partner that we didn't need to think about these things. We were too young and busy raising a family. The timing was all wrong.

Fast forward to today, where I am now a married mother of two living with metastatic breast cancer...I'm too young for this kind of cancer diagnosis, but it's where I am in life. And I realise now that you're never too young to plan your will and power of attorney. Honestly, when I was diagnosed three years ago, I felt this immense pressure to get my affairs in order. But to think about making a will while dealing with a cancer diagnosis just seemed like more than I could handle.

But 2020,  this crazy year that it is, has made me realize that in hindsight, making these plans and decisions can be liberating. It can take the pressure off my loved ones from wondering what my exact wishes might be. It can take the guesswork out if it for everyone. In fact, being able to plan my will actually frees up emotional real estate so that I can focus on my family and enjoy life, rather than fearing the future.

October is Breast Cancer Awareness Month and Willful is thrilled to be partnering with Rethink Breast Cancer. As a female-led company, Willful is proud to support Rethink’s work to impact those affected by breast cancer. For every will purchased in the month of October, Willful will be donating a portion of the proceeds to Rethink as our featured charity of the month. Click here to learn more.

How A Cancer Diagnosis Made Me Prioritize My Life And Legacy
Our Experience Pitching The Dragons On Dragons' Den
Celebrating One Year Of Free Emergency Planning For Healthcare Workers
More articles
5 Smart Ways To Include Your Kids In Your Will
What Happens To Frozen Eggs And Sperm When You Die?
What Happens To Your Crypto and Bitcoin When You Pass Away?
Get a legal will in less than 20 minutes