Home
/
Blog
/
Our Experience Pitching The Dragons On Dragons' Den

Our Experience Pitching The Dragons On Dragons' Den 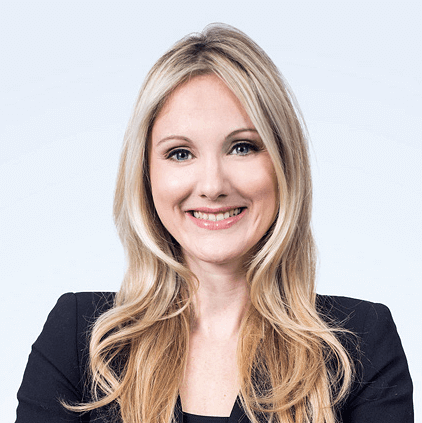 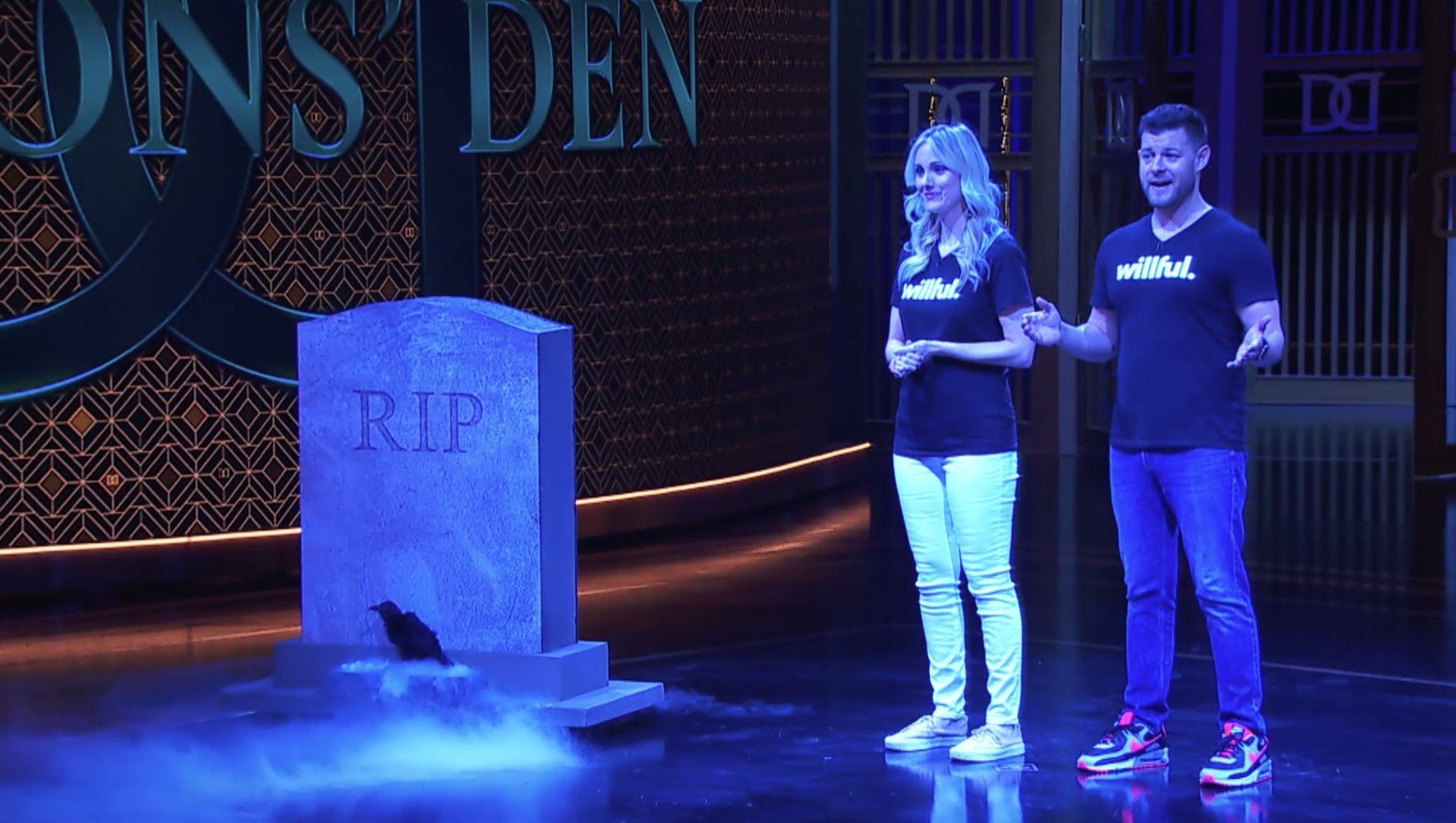 I’ve been watching Dragons’ Den since before I even knew I wanted to be an entrepreneur, so when we filmed Willful’s pitch for the show in June 2021 it was a surreal moment. For anyone who is a fan of Dragons’ Den, or any aspiring entrepreneur who dreams of one day pitching in the Den, this post will address some of the common questions we get when we tell people that we faced the Dragons this year. Make sure you tune in to our episode on Thursday December 2nd at 8pm to find out the answer to the biggest question: did you get a deal?!

Why did you apply for Willful to pitch on Dragons’ Den?

Our mission at Willful is to help the 16 million Canadians who don’t have a will to create a will easily, affordably, and conveniently online (don’t have a will? Get started here). I’ve always been a huge fan of Dragons’ Den and Shark Tank, so when my husband Kevin started Willful in 2017, and I then joined as co-founder and CEO in 2019, it was always on our radar to apply. We knew Dragons’ Den could be an amazing platform to secure investment and help further our mission - but we wanted to ensure we had the numbers to back up our pitch. Willful has experienced a lot of growth in the past couple years - we’ve expanded to 8 provinces including a fully bilingual offering in Quebec; partnered with national brands including Allstate Insurance; helped tens of thousands of customers; and we showcased our values during COVID-19 when we gave away over $500,000 in free wills to frontline healthcare workers. We felt that this was our year to apply, because we would be able to highlight some major growth and achievements, and back up our requested valuation. We also knew we wanted to raise additional capital this year, so it wasn’t just about the exposure for us - we wanted to get a deal.

When people ask me how we got on Dragons’ Den, I always respond with “simple: we applied!” We applied directly on the Dragons’ Den website in early 2021 - this included filling out a form and submitting a short video application with more details about your business. We then received an invite to audition via Zoom (due to COVID-19, all auditions took place virtually), where we pitched to a few producers. It was quite informal - we told them about our business, outlined why we wanted to go on the show, outlined what our proposed ask would be, and answered some questions. Then it was a matter of just waiting for many weeks - we didn’t know when we would receive a follow-up, but one day in the spring I received a call from a producer letting us know that we had been selected to film for the upcoming season. It was an amazing phone call to get!

How did you prepare for filming?

Once you’re selected to film, you’re paired with a producer who helps you hone your pitch. Luckily we had pitched Willful to hundreds of investors in the past, so pitching our business wasn’t new to us - but this was different, since we were not only pitching the investors in the Den, we were also introducing Canadians to our product. We spent weeks drafting and revising our pitch, and we had some help from our friends at public speaking firm Speaker Labs. Once we finalized our intro pitch, we practiced it until we could recite it off by heart in front of our family, friends, and our Willful team. But we didn’t just practice our opening pitch, we drafted 30+ potential questions and answers that we expected the Dragons to ask - we compiled that list by watching previous seasons, and by compiling a list of questions we’d been asked in previous pitches. We also spoke to several entrepreneurs who had pitched on the Den in the past to get a sense of their experience, and to get any tips they had for filming or for promoting their appearance. Finally, we worked with our producer on the props we would bring to the Den - due to COVID-19 restrictions, only Kevin and I were allowed to film, so we had to get creative to bring in compelling props that would add some visual interest to our pitch for a digital product.

Our initial filming date was pushed about 6 weeks due to COVID-19 cases increasing in Toronto, so we ended up filming in June 2021. The day prior to filming we were given a call time of 8am - so we arrived at the CBC studios in downtown Toronto bright and early on a Saturday in June. We were assigned a green room to hang out in prior to our segment filming, and we ended up filming about 2 hours after we arrived. Prior to filming we practiced our pitch multiple times, practiced our Q&A, liaised with the props department to make sure everything was set up, and wished the earlier pitch teams good luck (although we weren’t allowed to watch the other teams pitch - they really want to keep the outcome of each pitch a secret until the air date!). Each company’s pitch can take up to an hour to record - I believe ours was about 45 minutes. So there’s lots of content you don’t see on TV - they edit it down into an 8-10 minute segment. After we filmed, we were ushered out right away as they wanted to limit the number of people in the studio due to COVID-19 - so we were out of the studios before noon.‍

How realistic is it to what you see on TV? ‍

Very realistic! While we had to reshoot our entrance due to an issue with our prop, we didn’t stop filming at all otherwise. It was all extremely live and unscripted. After our initial one-minute pitch we were peppered with questions by the Dragons’ for quite a while, and after we left the Den we filmed a short reaction video. We weren’t asked to redo anything or say anything different, and the Dragons’ questions and reactions were all very genuine - there were no producers asking them to do things differently, or stopping to get a different reaction. What you see is really what happened in the Den!

I think it’s natural - and very expected! - to be nervous for a big pitch like this. I felt I had a bit of an advantage since I’m a professional public speaker - I’ve spoken in front of audiences of hundreds of people before giving keynote speeches, and I also pitched Willful to 1,000+ people at the demo day for startup accelerator FounderFuel. But of course we were nervous! It’s a big deal to pitch in the Den, and we also knew that if we messed up it would be aired on national television. Despite that, we felt we were extremely prepared for the Den - we practiced our pitch countless times, we watched past seasons, we practiced mock Q&A, and we discussed our proposed ask at length so we knew what we would and would not accept from the Dragons. So on the day of, we were less nervous than I expected - if anything we were excited to get in there and tell them about our company!

How did you decide on your ask and your valuation?

This is a very delicate topic - we’ve all watched episodes of Dragons’ Den where the investors rip an entrepreneur to shreds because they can’t justify their valuation, or it’s solely based on projected future growth. We based our ask off of a valuation that we felt was fair based on our past funding rounds (and the valuation they set); our revenue; and yes, our projected growth. Most importantly, we knew how to defend our valuation, so we felt confident that even if the Dragons didn’t agree, they would respect how we arrived at it. In terms of our investment ask, we were planning to raise funding in the summer anyway, so we went with a number that was close to what we knew we’d want to raise.‍

It’s very intimidating to go in the Den - it’s a TV set with bright lights, and the Dragons are literally on a pedestal in front of you looking very serious when you enter. I had watched enough episodes to have a rough idea of the personalities of each of the Dragons, and we went in hoping for the best but being prepared for the worst. In general though we found the Dragons to be respectful, thoughtful, and engaging. We didn’t interact with them outside of our filmed pitch, so I can’t say what they’re like outside of the Den - but inside the Den they were all very professional and respectful.

Did you get a deal?!

This is the question we get most often, but we’re sworn to secrecy! You’ll have to tune in on December 2nd at 8pm on CBC to find out (or stream it on CBC Gem). We’re so excited for everyone to see our pitch!

What's The #1 Financial Resolution For 2023?
Willful Unwrapped: You And Willful In 2022
Celebrating 1 Year Of Digital Wills In BC: What Does This Mean For You?
More articles
5 Smart Ways To Include Your Kids In Your Will
What Happens To Frozen Eggs And Sperm When You Die?
What Happens To Your Crypto and Bitcoin When You Pass Away?
Get a legal will in less than 20 minutes