Ask An Expert: Mark O'Farrell From Executor Depot On Conversations About Estate Planning 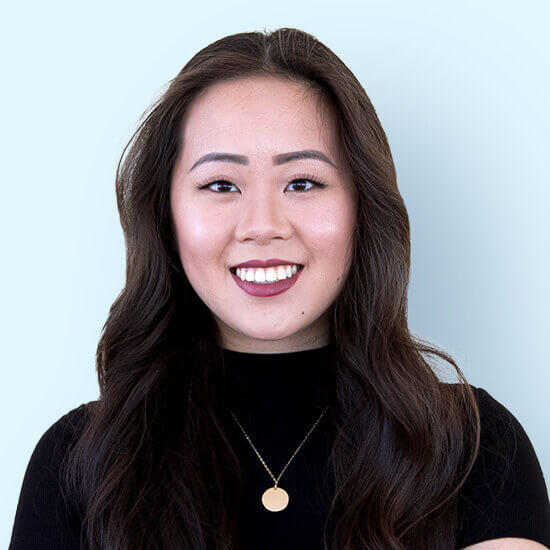 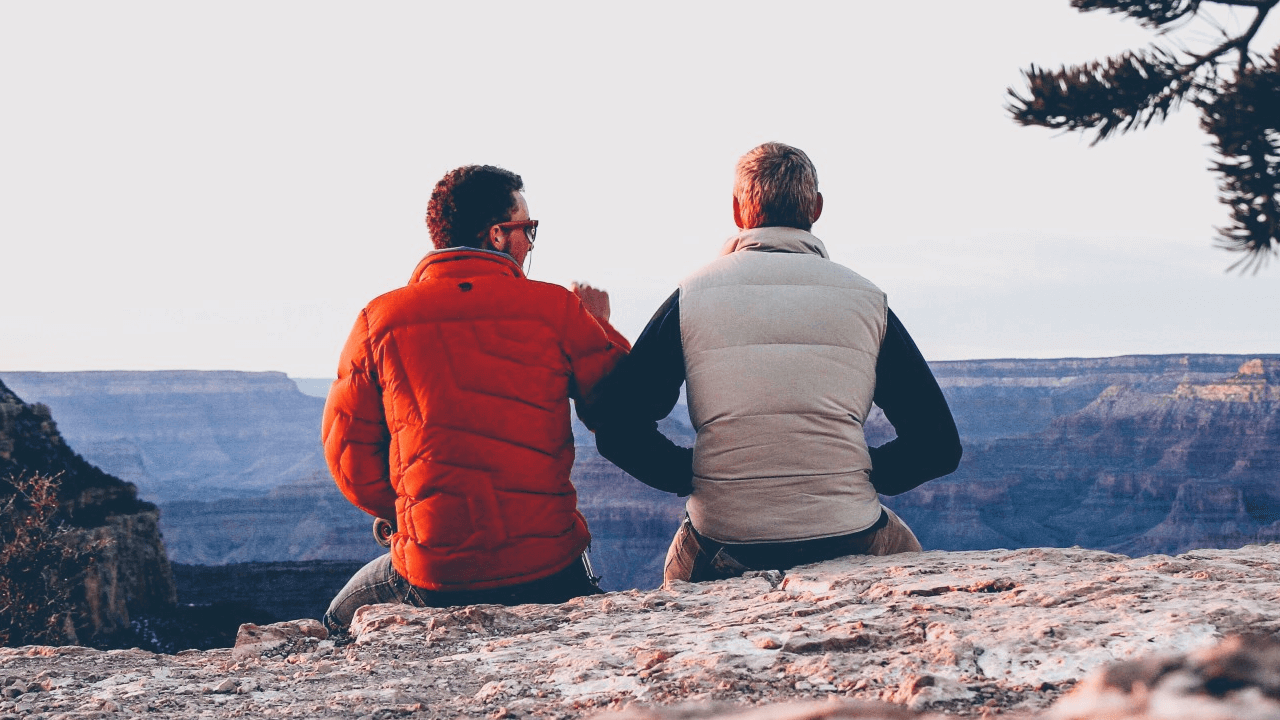 When we think about the holiday season, we think twinkly lights, delicious food, and time spent with family and friends. We’d be willing to bet that estate planning probably doesn’t make it to the top of your holiday list. However, discussing our end of life plans and wishes is one of the most important conversations we should be having with our loved ones.

We’re helping you broach the topic of estate planning this holiday season so you can finally have the difficult conversations that you’ve been putting off. We connected with some experts to get their suggestions and advice based on their personal experiences.

All our expert contributors have a different point of view that we’re thrilled to share with you. However, discussions around estate planning are as unique as you, so we always recommend taking into consideration the dynamics and experiences of you and your loved ones, when approaching difficult conversations.

We sat down with Mark O’Farrell, CEO of Executor Depot, and here’s what he had to say:

Willful: What makes these conversations around death and estate planning so difficult?

Mark O’Farrell: Talking about end-of-life makes it real, and most people would prefer to pretend it isn’t.  Some people, who normally aren’t at all superstitious, suddenly fear the worst.  “Don’t say the word or it will happen.”

It’s not just irrational fear either, the fear of looking foolish because someone can’t carry a conversation is very real, and most people know very little about end-of-life situations, estate preparation and settlement etc., precisely because no one ever wants to talk about it.

Some people even have lines rehearsed, just in case someone tries to start the conversation.  “We Joneses don’t talk about religion, politics, or dying!” even if they’re glued to American politics. or “They’ll be time enough to talk about that stuff when I’m six feet under!” even if they’re planning on cremation. The point about calling out the hypocrisy is to distinguish a defense from an opinion, because otherwise you’ll address the entirely wrong issue and never get anywhere.

It’s also important to understand the role entrenchment plays.  Someone who has successfully defended against the need to have a conversation for decades feels almost competitive about the need to ‘keep their record’.

Lastly, people fear that conversation will lead to the need to do something, (otherwise why talk about it?) whereas doing nothing is their current and preferred state of affairs.

It’s important to understand these issues because the person initiating the conversation needs to appreciate what they’re up against.  The conversation they’re trying to break into is protected by ignorance, apathy, superstition, entrenchment and a person so determined to avoid it they’ve actually rehearsed the confrontation.

Willful: What do you suggest as a way to begin an awkward or difficult conversation?

Mark O’Farrell: There are many ways to begin difficult conversations but it helps to remember Stephen Covey’s advice to ‘begin with the end in mind’. Knowing what you hope to accomplish frames the direction and serves as a marker for when to end the discussion with everyone coming out feeling good about what was accomplished. If people feel competitive, as mentioned, then they want to come out feeling like a winner.

Have some stats ready to end subjective dismissals.  For example, if someone says ‘I’m sure everything will be fine’, it helps to be ready to respond with ‘actually Dad, I read that 70% of Canadians don’t even have a current and valid will, and do you know who decides who gets all their stuff?  The government. Frankly, Dad, I don’t know about you, but that scares me.’

Willful: Do you believe that it's better to plan a time in advance or naturally weave it into an ongoing conversation?

Mark O’Farrell: Some people are more comfortable planning out the whole conversation, including the timing, the location, the participants and so on. The reason is it gives them more control, but they don’t think about why.  It’s because they took all the control away from the person with whom they want to speak! The result is a person with their guard up, looking out for an attack, and being highly defensive with good reason.

Raise the topic when conversation is already flowing comfortably, with as few people as possible, when the time feels right.

Willful: Many people avoid conversation around wills and death in an effort to not ‘bring down the mood.’ How do you suggest making the topic less scary?

Mark O’Farrell: If you don’t want to talk about a scary topic then talk about something that isn’t scary. For example, don’t talk about death, talk about a person’s legacy.  Everyone has one, whether it was their love of puppies or solving world hunger.  Everyone will be remembered by someone for something. Once people understand that, it becomes much easier to consider what theirs will be. At the appropriate point, casually mention it would be good to write some of this down. Where do you write it?  In a little document called a will!

Willful: What is the best way to have the discussion with a family member who may be avoiding/not want to have the conversation?

Mark O’Farrell:  If it’s difficult to have a positive conversation, then it might be best to make the conversation about the conversation.  For example, ‘Mom, I could really use your advice.  How would you handle it if you wanted to talk to someone about something you knew would be difficult for them, and that they wouldn’t want to talk about, but it was really important to you for a number of reasons and you respected this person so much, you really didn’t want to upset them?’

She’ll figure out what’s really going on in a heartbeat but she’ll also know it’s important to you, that you respect her and you don’t want to upset her.  That’s a pretty good place to start.

Willful: Is there a better environment/setting to have these types of conversations?

Mark O’Farrell: This is another control issue that is almost certainly going to end badly. As soon you start planning you also start taking control away from the other person. The worst response you can hear is ‘you planned this, didn’t you?’

Physical control can be even worse.  For example, starting the conversation while driving them somewhere creates close physical proximity without an easy exit which makes the person feel trapped.

If the person is engaged in something when you broach the topic, such as cooking or driving then you have them at a disadvantage because you have nothing distracting you from the conversation. This heightens the sense it was planned and it can feel highly disrespectful.

The best environment is one in which the person you’re speaking with is comfortable, safe, without distractions and engaged completely voluntarily.

Willful: Any tools, resources you recommend like to further help people with these conversations?

Mark O’Farrell: Tools and resources are fine for after the conversation is over - during the conversation these are nothing but props.  The best tools are eyes for looking directly at the person when speaking and hands for holding to show empathy.

Willful: Any final pieces of advice?

Mark O’Farrell: Consider that one day someone will be trying to have the same conversation with you and ask yourself how you would want them to handle it.

Remember that the conversations you have will never go as badly as the ones you don’t.

Mark O’Farrell is the CEO of Executor Depot. Executor Depot's one-of-a-kind online platform is designed to assist Canadians with everything they need to know to prepare and settle Canadian estates. Mark has given hundreds of seminars across Canada, to the public, professional associations, study groups, Canadian businesses, industry symposia and aboard continuing education cruise ships around the world. He has been speaking about the important role of executors and on estate tax strategies for more than 20 years.

Speak with one of our experts to help you with your questions.

4 Unexpected Ways To Give Thanks This Thanksgiving
5 Smart Ways To Include Your Kids In Your Will
How to Help Your Aging Parents With Their Finances
More articles
Ultimate Guide To Finances For New Parents
What Happens To Your Crypto and Bitcoin When You Pass Away?
Finishing Your Will During COVID-19
Get a legal will in less than 20 minutes